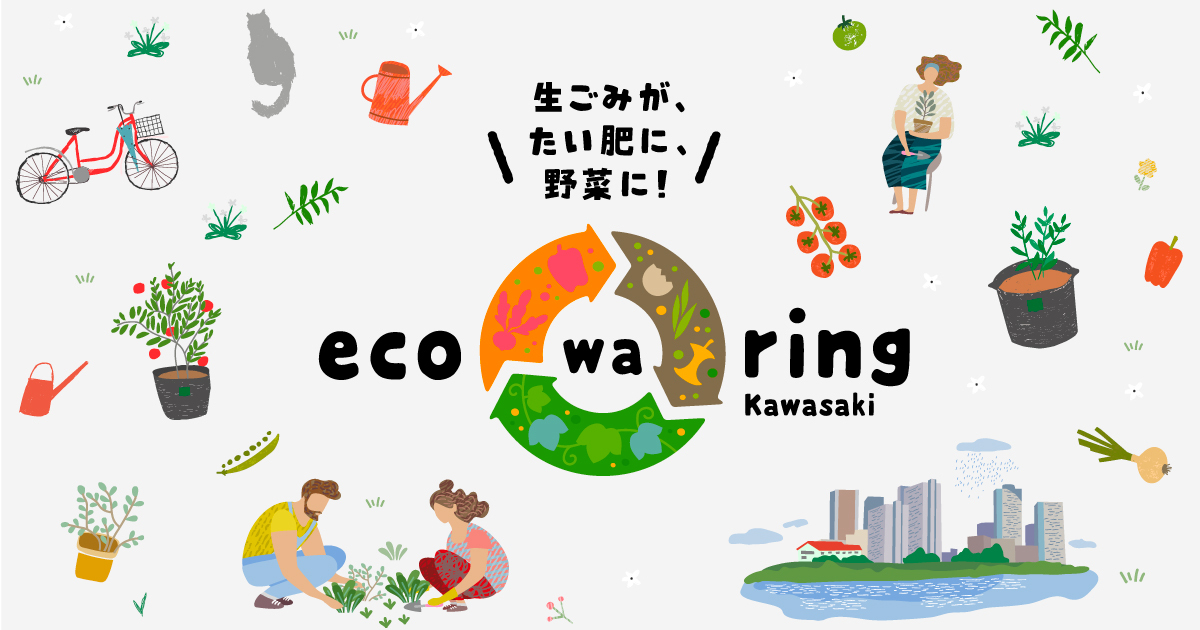 Circular economy principles are not new in Japan; the national government has been encouraging public-private circular economy projects since 1991. Now, national sustainability policy is focusing on three simultaneous transitions, to a decarbonized society, a decentralized society, and a circular economy. In March 2021, the Ministry of the Environment (MOEJ) and Keidanren (the Japanese Business Federation) announced a new ‘Partnership on Circular Economy’ at the Japan Circular Economy Roundtable. This partnership hopes to promote the best practices developed between the public and private sectors over the last thirty years as part of the World Economic Forum’s Circular Economy Initiative.

Kawasaki, an industrial town situated on the coast south of Tokyo, has been an active player in implementing circular economy principles since it became Japan’s first eco-town in 1997. The initial challenge for Kawasaki city was to find a solution to dispose of municipal and manufacturing solid waste in a sustainable way. The concentration of steel, chemical, petrochemical and cement industries in the city has been used as an opportunity for collaboration between the companies and local city facilities to achieve circularity. During the early 2000’s, six government funded waste-recycling facilities were opened to encourage the exchange of by-products in the manufacturing industries. Industrial waste is now effectively reused for both raw materials and energy generation. The initiatives in the city have attracted attention from within Japan and overseas. Kawasaki Eco-Town hosts several ‘industrial symbiosis’ events for visitors each year.

The latest Eco wa Ring (‘eco is circular’) project demonstrates that Kawasaki council understands the circular economy is not only about reducing material and waste production. Employing circular economy principles can help the local government improve the city population’s wellbeing and quality of life.

The Eco wa Ring project
On 18th June 2021, Kawasaki City announced a new collaboration with companies in an innovative food project which combines technology with circular economy principles. The companies involved are the technology company Dentsu, the food waste company Local Food Cycling, and consultants Trustbridge. Through a membership program, the Eco wa Ring project links households to farms and new community gardens in the city. A supporting app connects the various actors. Each household’s compost is distributed and used for vegetable cultivation. The produce is then sold back to households and at designated farmers markets. The first phase of the project is running until December 2021.

The project is follows the Circular City Actions Framework, jointly developed by ICLEI, Circle Economy, Metabolic and the Ellen MacArthur Foundation. It demonstrates a rethinking in how the food chain is organized in Kawasaki. The farms will deliver the harvested vegetables directly to the households that provided the compost. This direct loop between compost producers back to vegetable consumers meets the recover, reuse, regenerate, and reduce aspects of the Circular City Actions framework. During the project, the council will encourage the formation of local community gardens tended by compost producing households. The city hopes this will help families learn how to grow their own food. In the long term, this could increase the amount of food grown inside the city boundaries.

Throughout 2021, the Japanese Ministry of the Environment is encouraging self-supporting food cycle projects that connect companies, local governments, and local farms. It has adopted the Eco wa Ring project as part of the ‘2021 Food Loss Reduction and Recycling’ initiative. The collaboration between the companies involved shows how circular city projects can experiment with technology and support the local economy. Trustbridge has acted as a consultant throughout the formation of the project. Dentsu is providing the web and blockchain technology that connects the actors and provides information on the distribution of compost. Local Food Cycle is creating teaching materials for families wanting to be involved in the community gardens and providing their composting equipment. Going forward, it is hoped local community will have ever increasing interest in locally produced food in Kawasaki.