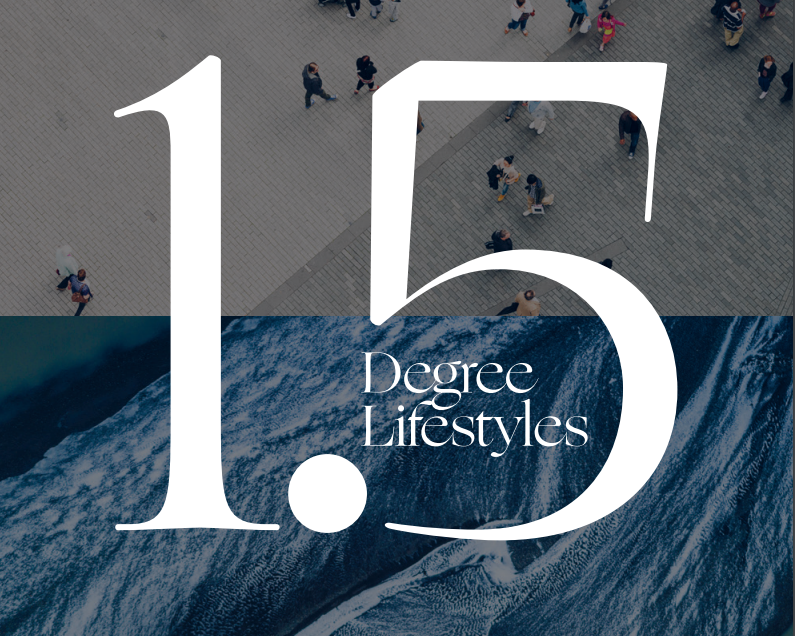 Researchers are in consensus: to uphold the aspirational goal of the Paris Agreement to keep warming below 1.5 °C, substantial changes in material and carbon intensive lifestyles need to be made. Recently published studies, such as the 1.5-Degree Lifestyles Report and the Future Lifestyles Project, show that reductions of over 80 percent in greenhouse gas emissions in today’s intensity of lifestyles are needed by 2050. This research proposes per-capita lifestyle carbon footprint targets of 2.5 tonnes of carbon dioxide equivalent (tCO2eq) by 2030, 1.4 tCO2eq by 2040 and 0.7 tCO2eq by 2050.

In the event Fostering sustainable lifestyles with urban partnerships, organized as a part of ‘The Road to Malmö’ series in the lead-up to the ICLEI World Congress 2022, research project partners presented their findings accompanied by perspectives from policy, business and academia, uncovering the roles different stakeholders can play in this effort.

Across the board, speakers representing all stakeholder types echoed the interconnectedness of the challenge and the need for all actors to do their part to enable more sustainable lifestyles. Lewis Akenji, Managing Director at Hot or Cool Institute, asked the begging question: “Is it only households and individuals who should change their consumption? The answer is no. Lifestyles do not exist in a vacuum; they are influenced by infrastructure, social norms, workplace culture, and contracts that people sign. Lifestyles indeed exist in a larger narrative that must also change.” As Dr. Duncan Booker, COP26 Stakeholder Manager at Glasgow City Council stated, “Whilst nation states make pledges at COP, it is cities which are delivering on the promise of a low-carbon and climate resilient future”.

“Cities, where consumption and production meet, provide the perfect leverage points for supporting 1.5 Degree Living”, stressed Gino Van Begin, Secretary-General of ICLEI. “Municipal administrations can create awareness and provide the enabling urban infrastructures and services for the lifestyle changes required. These transitions especially need to happen in six priority domains – Food, housing and mobility, goods, services and leisure – which cover around 75 percent of city dwellers’ carbon footprints.” These efforts also require advanced collaboration between businesses and governments, in the words of Brendan Edgerton, Director of Circular Economy at WBCSD: “as powerful as they are, they are not alone going to ensure that 1.5 Degree lifestyles are achieved – neither can do without the other”. This can take the form of dialogues, investments, or policy experiments, for example.

“A good example that I would like to highlight is the City of Turku, one of the leading cities of ICLEI Circulars, our Vice President’s Mayor Arve’s city in Finland,” said Van Begin. “Turku has recently led a 1.5-Degree Life campaign to show how the city is doing its part to keep the world on track to the 1.5 degree target. For instance, through investments in sustainable energy and infrastructure, circular economy innovations and low-carbon transport. These have already allowed Turku to cut emissions by half.” During the session, the value of multi-stakeholder collaboration and innovative approaches to involve communities was underlined. Edina Vadovics, Senior Expert at the Green Dependent Institute in Hungary, cited an example in which a Hungarian city piloted a ‘climate ticket system’ which provided citizens with insights about their carbon footprint and offered to compensate for their emissions by supporting local initiatives such as supporting the installation of solar panels for kindergartens.

The second part of the event focused on the Envisioning Future Low-Carbon Lifestyles and Transitioning Instruments Project implemented by IGES, Hot or Cool and several other partners that carried out citizen workshops and household experiments, developed scenarios and policy recommendations drawing from experiences of households living with low-carbon options. Given local characteristics and constraints, significant variance exists between cities and countries in terms of the reduction potential of lifestyle changes. As Garette Clark, Sustainable Lifestyles Program Officer at UNEP put it, “the variety of choices that households have is different – there are some areas where people can make relatively easy decisions for living better and lighter, but others are more tied to the infrastructure or the systems within which our needs are met”. This differs as a function of place, but also of economic opportunity. While the 2030 target for lifestyle carbon reduction can be reached in Nonthaburi, New Delhi and São Paulo, “in cities such as Cape Town, Kyoto, and Yokohama, we found that only consumption side approaches alone are not adequate. Transformative, systemic shifts at the production side, such as moving towards renewable energy as well as technological innovation, are essential for achieving the target of the 2.5 ton lifestyle by 2030”, as Aditi Khodke, Researcher on Sustainable Production and Consumption at IGES summarized. More detail on the findings of the project can be found in this blog post.

During the session, project partners from different cities made the local challenges clear: for example, in Yokohama, effectively tackling transport emissions relies on collaborating with neighboring cities due to the high number of inter-city commuters. Cultural shifts and mindset changes are also important to broaden the uptake of sustainable lifestyle practices, while ensuring that the transition takes place in an equitable and inclusive way.

Launch of the Human Settlements pathway and policy recommendations

This event also marked the launch of the Waste and Consumption part of the UNFCCC Climate Action Pathway on Human Settlements, which ICLEI has co-authored together with UNEP, putting forth actions under the three main impact areas: 1.5 Degree Living, Zero Waste Cities and Social Equity. This is one of the Climate Action Pathways of the Marrakech Partnership Global Climate Action (MPGCA), an important mechanism to strengthen collaboration between governments and non-party stakeholders in the lead up to the global climate negotiations as the COP26 in Glasgow this year. Following the recent studies outlined above, the Human Settlements Pathway enshrines the lifestyle carbon footprint targets of 2.5tCO2e by 2030, 1.4 by 2040, and 0.7 by 2050. As Gonzalo Muñoz, UNFCCC High-Level Climate Champion of Chile summarized the waste and consumption actions during the event, “Behavioral change is not enough: enabling net zero urban infrastructure, food systems and housing, mobility, products and services in cities must also be in place. Systemic change to make cities zero waste must be delivered through the implementation of socially equitable circular economy interventions. Collaboration with a range of stakeholders is also necessary to ensure that different needs are considered and that no one is left behind on the path to more climate-friendly urban environments”.