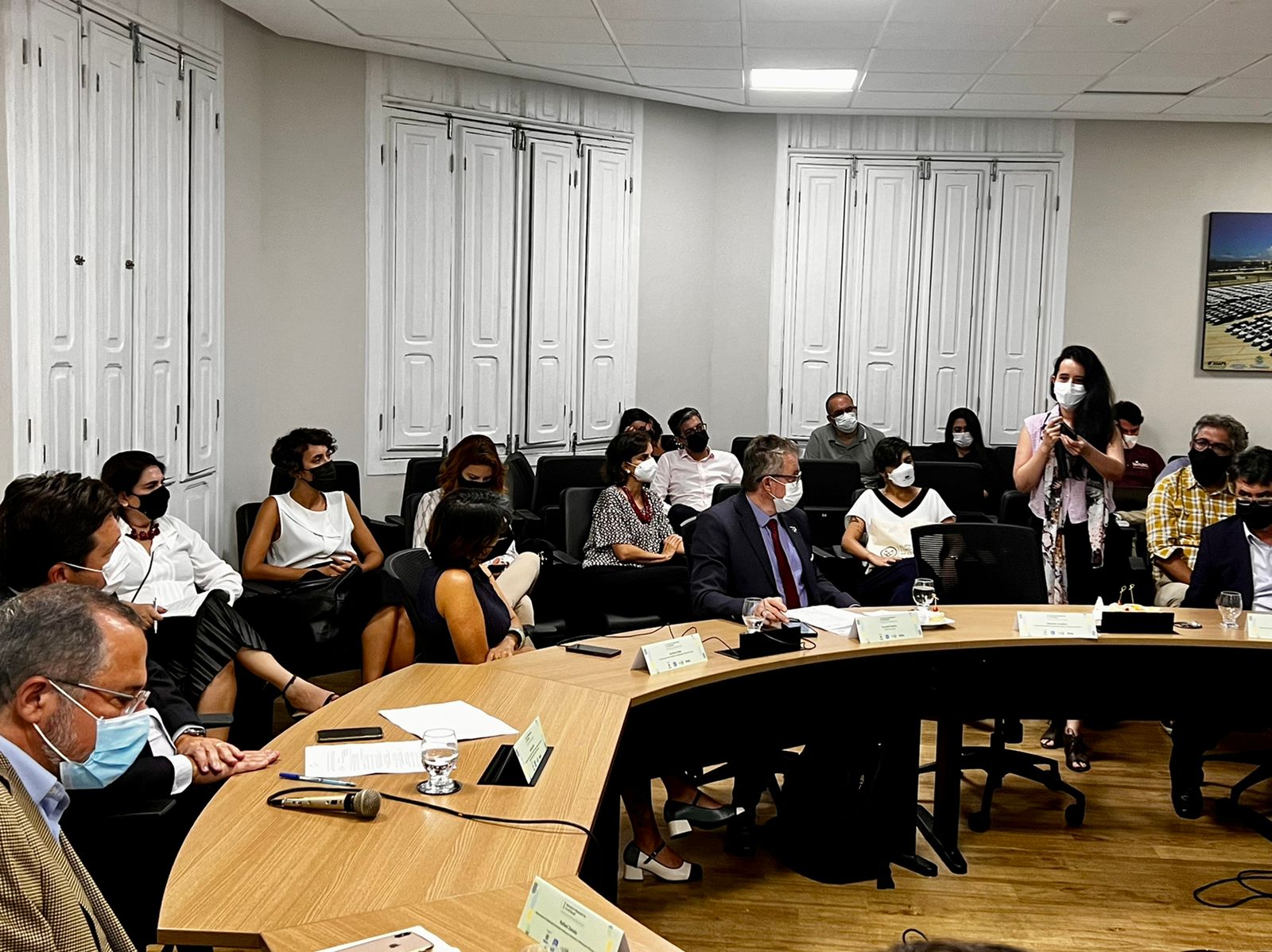 In line with the sustainability agenda and global commitments to minimize the effects of climate change, ICLEI South America launched the ICLEI Circulars South America Hub on 15 March 2022. The initiative was presented during the Meeting of the Regional Executive Council for South America of ICLEI (RexCom), on the occasion of the National Meeting of ICLEI Brazil, which took place between 16 and 18 March in Recife.

The objective of the platform is to drive an immediate agenda with effective actions in the transition from traditional linear systems to circular and sustainable systems. The initiative will be carried out jointly with local governments, civil society, academia and the private sector, focusing on reducing greenhouse gas (GHG) emissions and consolidating nature-based solutions (SBN) in urban spaces.

The platform will prioritize actions in the areas of solid waste, innovation for sustainability (integrated by the Laboratory of circular cities and ICLEI Innovation), and circular food systems, which has a sub-network and the International Coalition of Food Systems which will be detailed shortly.

Among the actions proposed for the platform, ICLEI South America, together with its partners, will seek to promote advocacy, technical cooperation, training, development of tools and action plans to improve the quality of life and governance in cities to be medium and long term.

Find the news, opportunities and actions of the South America Hub here.

Pindamonhangaba is selected for the Circle Lab for Cities program

Also during RexCom, ICLEI South America released the name of the municipality selected for the Circle Lab for Cities program, according to the Public Notice. Among the five cities that participated in the call, Pindamonhangaba (SP) was the city selected.

The program’s main objective is to test the online tool, and allows the selected municipality to identify and prioritize circular opportunities for its territory, based on socioeconomic data and available resources.

The Circular Development coordinator of ICLEI South America, Elizabeth Moura, highlighted that the cities that were not selected in this Notice and those that could not apply in time will have other opportunities to participate in projects related to the Circular Development Platform. “Furthermore, throughout the year, forms will be sent for consultation of actions in the cities with a view to inserting examples on the Platform.”

Cities with up to 1 million inhabitants, who are committed and engaged with the development of public policies related to food systems, have until 11:59 pm on March 31 to apply for the project “Multi-sectoral Dialogues on Urban Food Systems in the Global South (Africa and Latin America)”. During the RexCom Meeting, FAO representative Rafael Zavala highlighted that this agreement signed with ICLEI, within the framework of the World Summit on Food Systems, aims to “generate sustainable food systems – circular, fair and resilient”. Highlighting the importance of the partnership with ICLEI, he said that the success of the initiative is linked to local partnerships.

Emphasizing the decisive role of local governments as agents of change, the Director of Instituto Comida do Amanhã, Juliana Tângari, said that together with ICLEI and other partners, the Urban Laboratory of Food Public Policies (LUPPA) thinks of food systems as a powerful factor in transforming the climate agenda. “And the link with cities is this transformation engine,” she said.

Highlighting the partnership signed with ICLEI through the Conscious Food program, Cristina Mendonça, Executive Director of Mercy For Animals Brazil – one of the largest non-profit organizations in the world dedicated to ending animal exploitation on industrial farms – said that this transformation is promoted through building a fair and sustainable food system. “And a fair and sustainable food system is at the heart of the five development paths promoted by ICLEI – low carbon, nature-based, circular, resilient, and equitable and people-centred.”